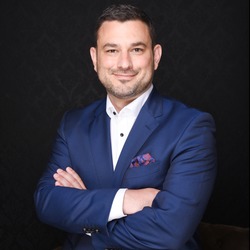 Christopher Schröder leads the European sales for Wärtsilä Voyage. He started his career in 1999 as an officer in the German Navy. After his studies of Business Management at the Helmut-Schmidt-University in Hamburg, he sailed as Navigation officer and served as the Head of Public Affairs office for the German Flotilla 2. His commercial career began as a Sales Manager for navigation solutions and was followed by leading the Business Development for the Mega Yacht business. Since 2016, Christopher is leading Sales teams on various levels and has led them successfully through several change projects.

Christopher Schröder and many more live register for the Sales Summit now!