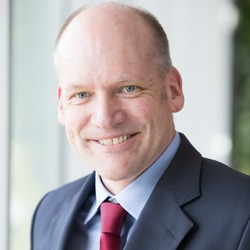 Career: Dual studies in Heidenheim - graduated in business administration.
30 years in sales in Germany and abroad, 15 years of these in international key account management.
Development of sales strategies as well as establishment of KAM structures and processes in the consumer area (retail chains) at BSH Consumer Products as well as B2B (distribution, 2-tier trade) for Bosch.

Digitization in sales reached me as early as the mid-1990s in the field service when I received a laptop with a preinstalled CRM system including order entry. This was followed by electronic ordering processes and, in the early 2000s, the first platform through which product data was made available and orders were triggered between nominated manufacturers and dealers. At that time, the first e-commerce efforts led to significant distortions due to price transparency on the Internet. But even then, I became aware of the potential of digitization.

Dirk Schneider and many more live register for the Sales Summit now!