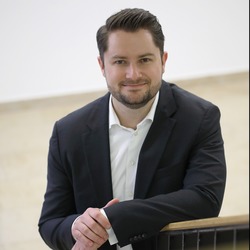 René Schumann is a passionate negotiator. His first professional steps in procurement were at Daimler, where he developed into an experienced negotiator and later managed negotiation teams himself on a global base in complex and difficult situations. At a large-scale awarding with suppliers, he used elements of game theory and behavioural economics the first time. At the time, still quite uncommon negotiation tools to use! The overwhelming success in the project and his enthusiasm for negotiations supported his decision to specialize further in this field of expertise. Several years at renowned consulting firms followed. In 2018, he and fellow negotiators founded what is now known as the Negotiation Advisory Group (N-Advisory Group), which supports clients with tailored solutions in critical negotiations. Today, Schumann has more than 15 years of experience in procurement negotiations with a volume of more than eleven billion euros. His credo: People and companies negotiate more efficiently in a transparent system characterized by clarity in process, methods, and co.

René Schumann and many more register for the Sales Summit now!